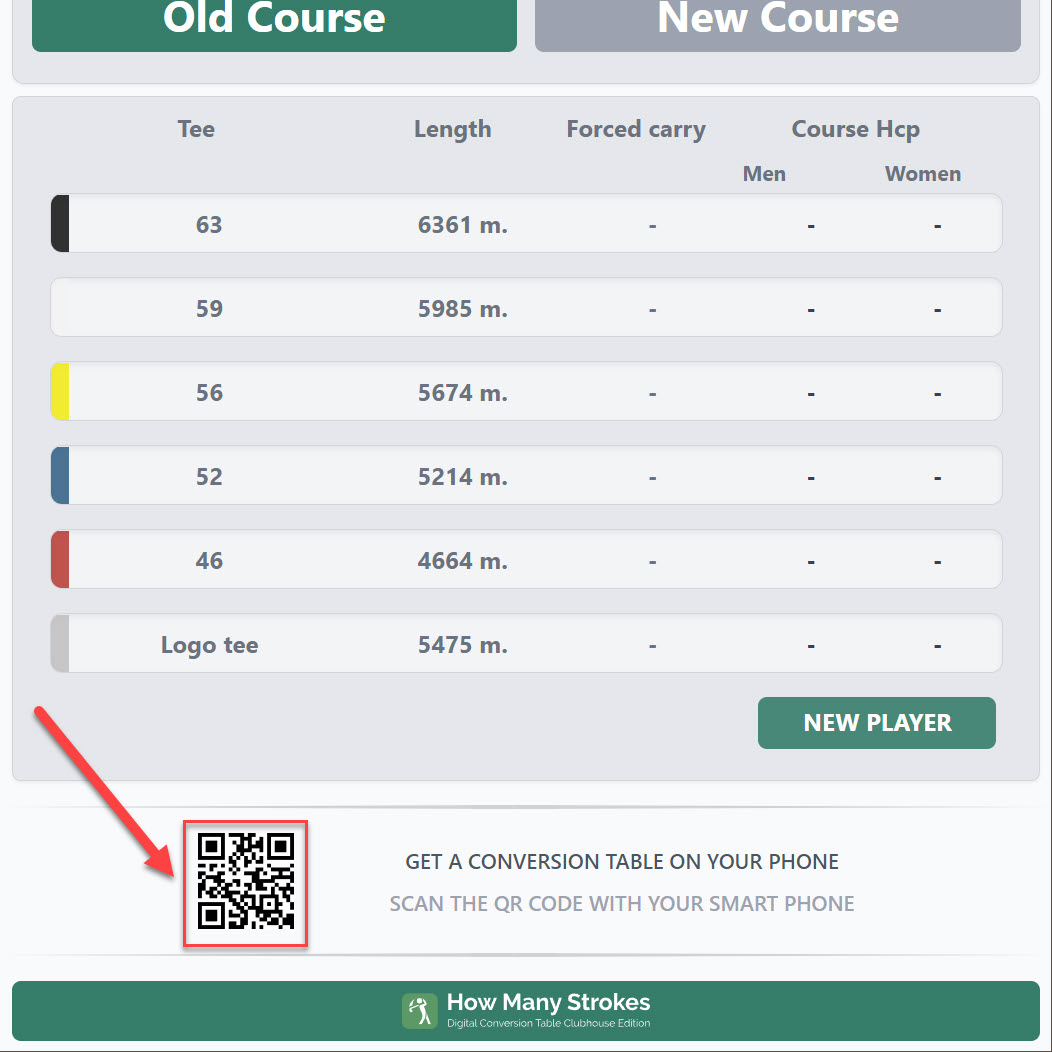 tonny2022-10-07T12:25:46+02:00
The QR code on the Terminal can be changed to link to the mobile version of the Conversion Table. This makes it easy for the user to have the table on their phone when meeting their playing partners at the first tee. In case the players are undecided on what tee to play and take this decision just before beginning the round. Simply check the option in the "Clubhouse Terminal" windows for "Replace QR in Terminal with the mobile QR code".
By tonnyPortal, Terminal0 Comments
Read more... 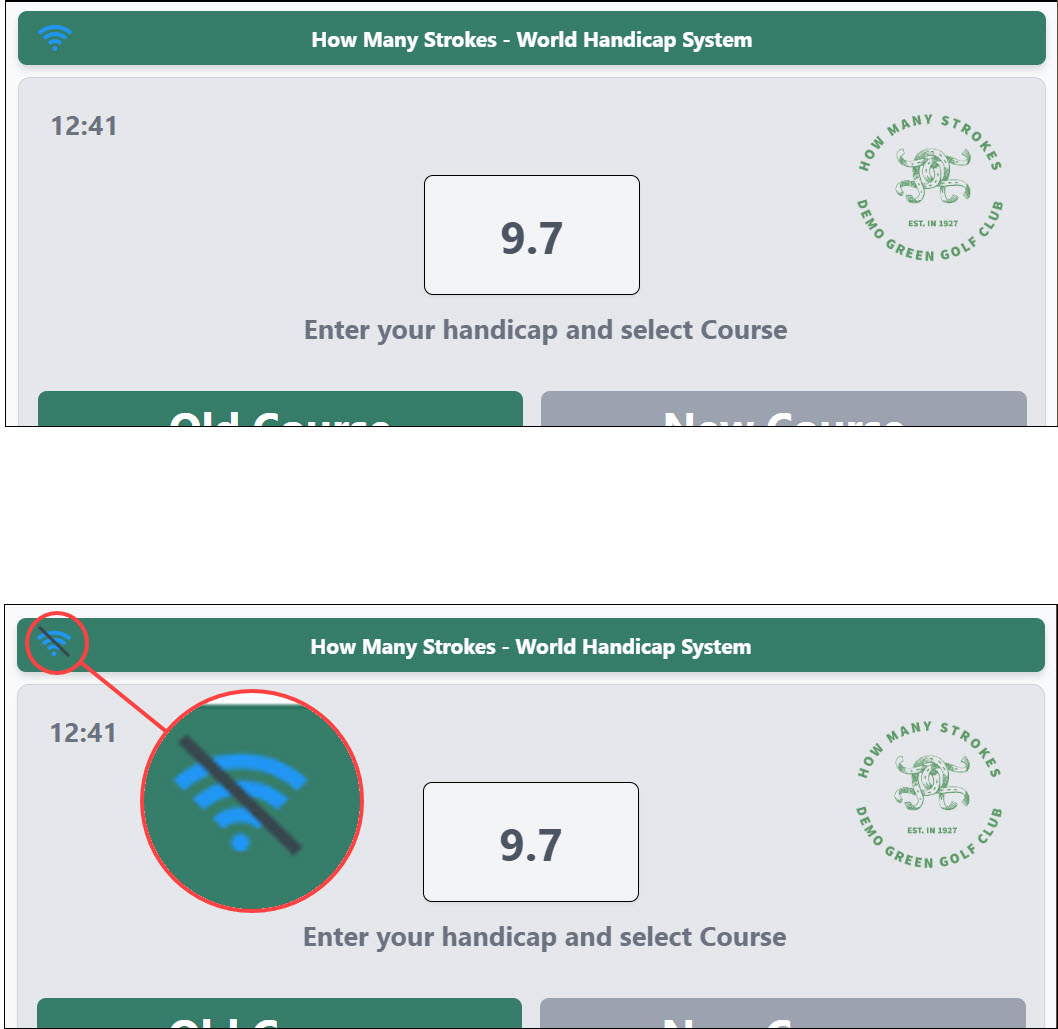 Is your Terminal connected to the internet?

tonny2022-10-07T13:52:29+02:00
Your How Many Strokes Terminal will work fine without an internet connection. Everything you need to run the Terminal is saved locally on the device. This includes Course and Tee data, but also screen saver images and videos. If the is no internet it will not be possible to update the Terminal with added information. We recommend that the Terminal is always connected to the internet with WIFI or a Network cable. If you are using Power Over Internet (POE) to power the Terminal, the internet connection is automatically delivered through the cabling (provided that the POE is connected to a router or switch on the other end)
By tonnyTerminal0 Comments
Read more... 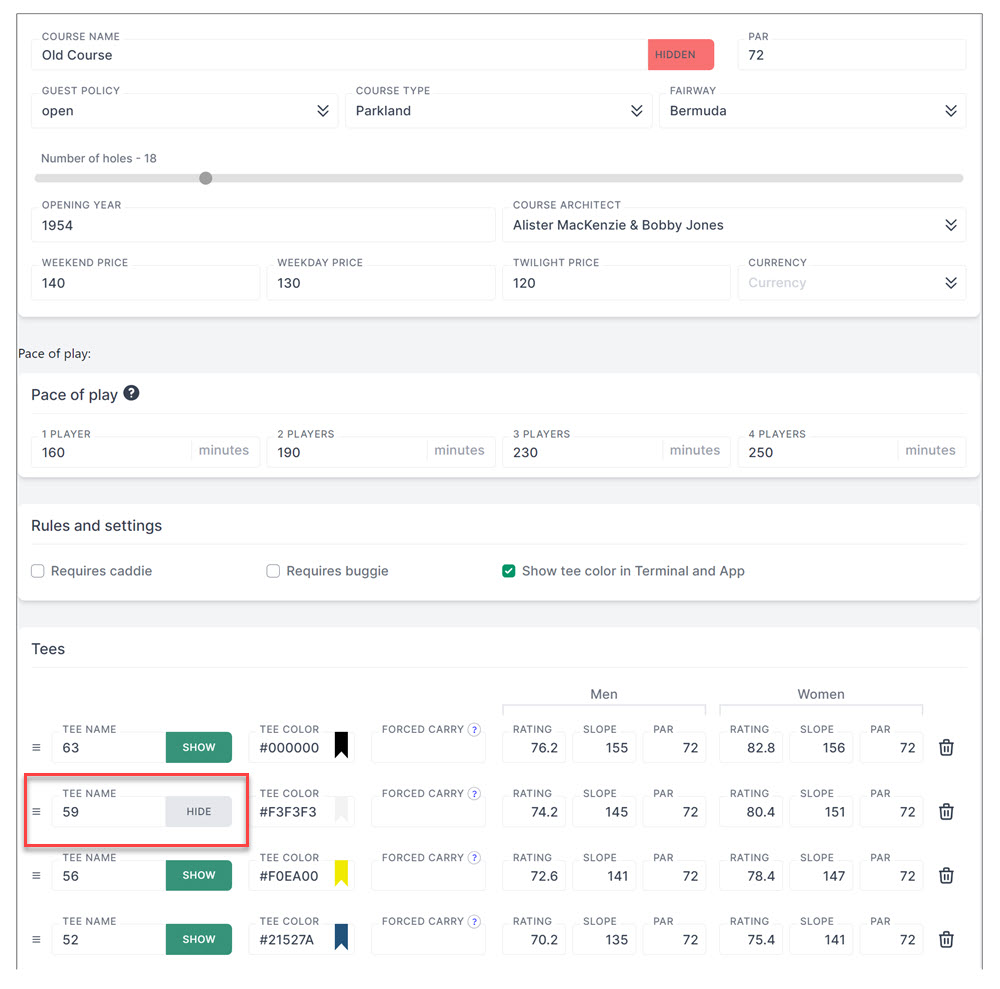 You can now show and hide selected Tees and Courses

tonny2022-10-07T13:53:35+02:00
In some situations, it is nice to be able to hide some of the Tee options or even a course. It could be that the course is undergoing maintenance or renovation for a longer period, or if you have season-based tee option, like winter and summer tees. You just click on the "Show/Hide" button next to the tee or course name to show or hide the option.
By tonnyPortal, Terminal0 Comments
Read more... 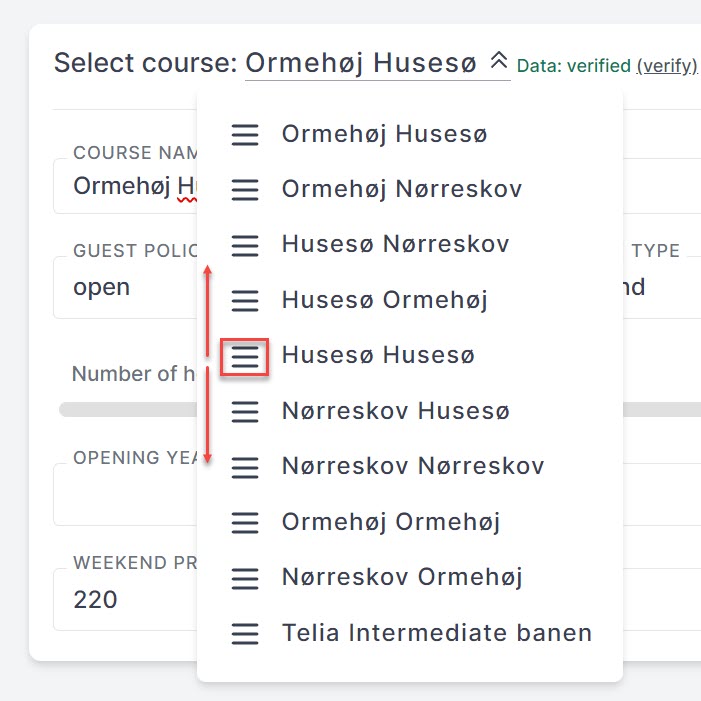 Sort your Golf Courses on the Terminal

tonny2022-10-07T13:54:34+02:00
Did you know that you can sort your Golf Courses on the Terminal to show the courses in a specific order? In some cases, you would want to have your 9-hole, Intermediate, and Par-3 courses shown as the last courses. Many of our customers have multiple 9-hole courses that are combined into several 18-hole courses with the 9-hole courses as separate options. In this case, it would be possible to move the 9-hole courses below the others. You simply sort the courses in the Portal by dragging the course to the right position in the course list.
By tonnyPortal, Terminal0 Comments
Read more...

Many Golf Clubs have three or more courses. Often it is a combination of several 9-hole courses that can be combined. This, together with long course names can be difficult to fit into the default Terminal setup. You can now customize the button layout and get the exact layout that looks good with your number of courses. Besides changing the layout, the text size in the buttons can be changed as well.

Above are three examples from one of our customers who has ten courses. 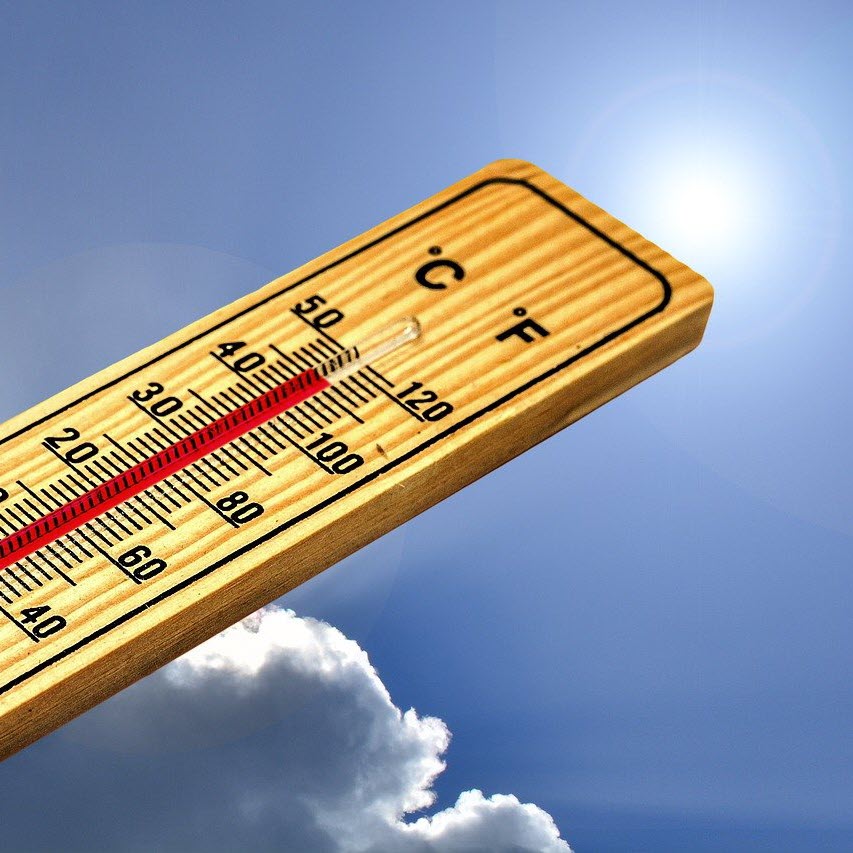 Operating the Terminal in a hot environment

tonny2022-10-07T13:56:52+02:00
We all enjoy the sun and the heat to some extent and most golf is played in the summer. The Terminal can handle a lot of heat, but in some cases, it can be too much. There is no danger to the Terminal. It has a built-in thermal sensor that will detect if it is getting too hot. First, it will slow down to prevent too much heat generated from its internal power use, and eventually, it will stop all processes from running to protect it from damage. If this happens, simply turn it off, let it cool down and it should be ready for use again. To avoid too elevated temperatures, do not place the Terminal in direct sunlight in a non-cooled environment. It is not something we see very often, but it has happened. An operating temperature is the allowable temperature range of the local ambient environment at which an electrical or mechanical device operates. The device will operate effectively within a specified temperature range which varies based on the device function and application context and ranges from 0 degrees Celsius/32 degrees Fahrenheit to 70 degrees Celsius/158 degrees Fahrenheit. Outside this range of safe operating temperatures, the device may fail.
By tonnyTerminal0 Comments
Read more... 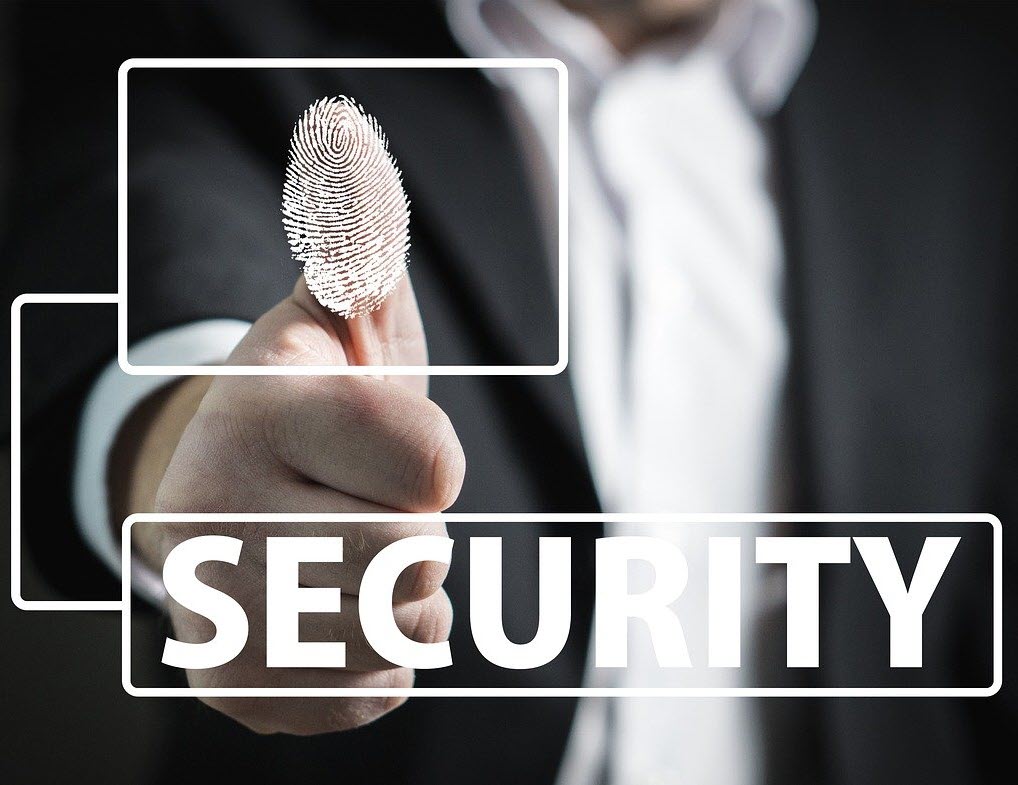 tonny2022-10-07T13:57:55+02:00
We recommend that you lock the Terminal after the installation is done. You will find the steps in the installation manual on how to Hide the navigation bar. It might not seem that important, but in some cases, we have seen some creative use go into settings and changed how the Terminal is operating. This is obviously something that you don't want, and to prevent that you simply hide the navigation bar from the users, and then the only way to access the settings on the Terminal is by restarting it with the power button on the back.
By tonnyTerminal0 Comments
Read more... 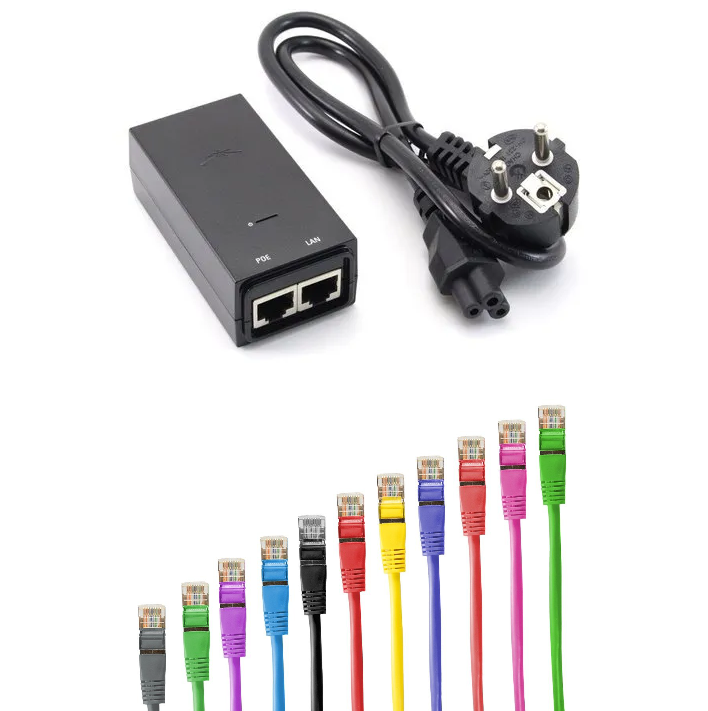 Power the Terminal with a long cable

tonny2022-10-07T13:59:15+02:00
In some cases, for decorative or practical reasons, there is no room for the power supply near the Terminal. Most Golf Clubs would like to have the power supply hidden away - it is obviously not the most beautiful thing in the world. If this is not possible or if there is too far from the nearest power outlet. The solution is to use a Power Over Ethernet (POE) device. A POE device is a power supply that can provide power to the Terminal through a normal network cable. The cable can be from 1 to 50 meters/55 yards long and will give you the option to hide the power supply far from the Terminal. Maybe your existing network cabling already supports POE, and you can simply plug it into the network connection in the wall. In case you use the POE option, the connection to the internet can also be provided through the cable and you don't need a WIFI connection. The Power over Ethernet device can be bought separately and can be connected to the Terminal after the installation
By tonnyTerminal0 Comments
Read more... 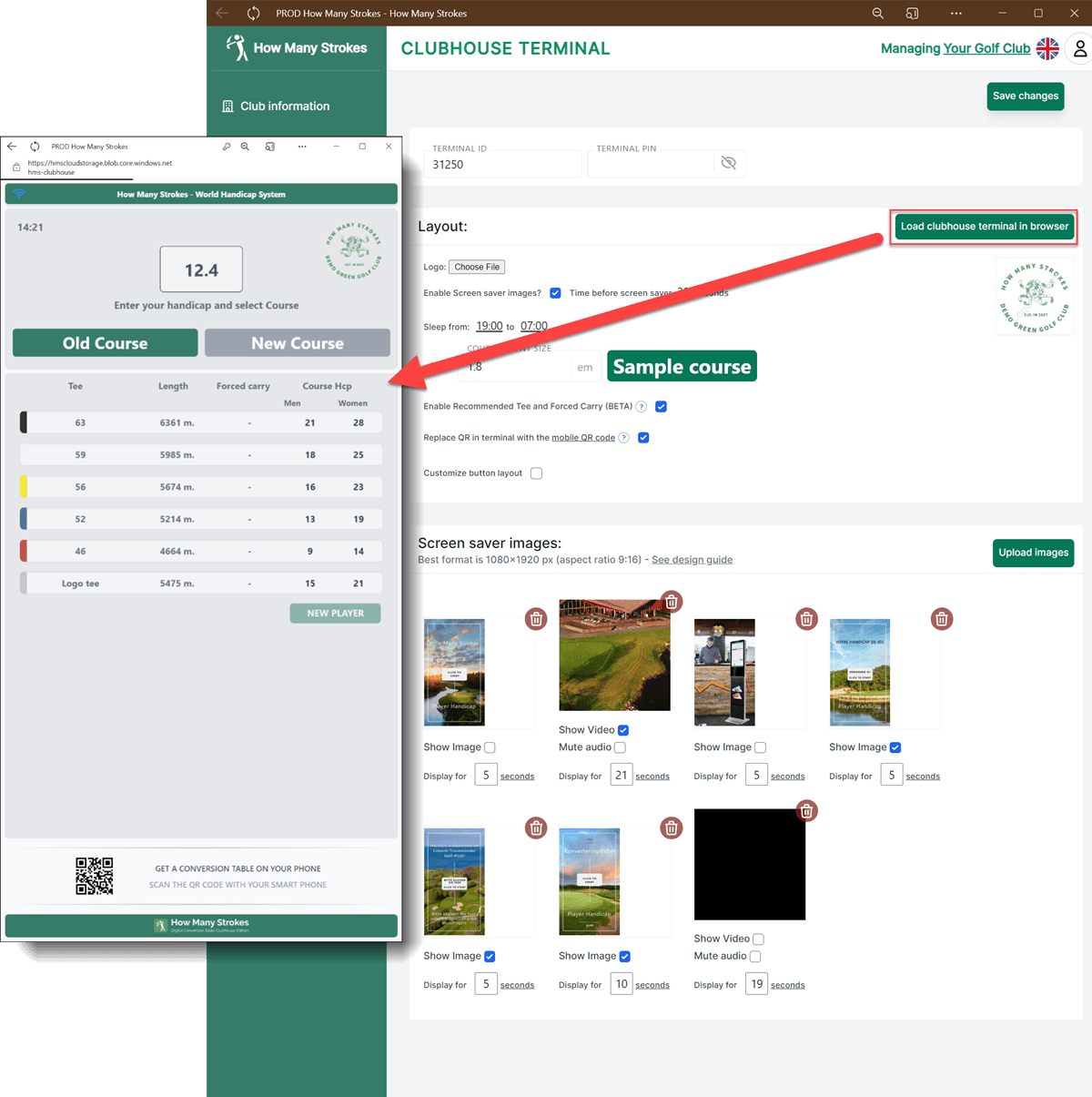 Preview your Terminal in your browser on PC or Mac

tonny2022-10-07T14:00:28+02:00
When setting up the Terminal for the first time or if you are making changes or adjustments to the course data or the design, it is quite easy to test the result directly on your PC or Mac. Inside the Portal under "Clubhouse Terminal", you can preview what is shown on the Terminal without having to have it nearby. The Terminal preview is loaded in a separate window and as soon as you save your work, the changes will show up in the preview window. Simply click the "Load clubhouse terminal in browser" button when inside the "Clubhouse Terminal" and you can see your changes directly on your own computer.
By tonnyTerminal0 Comments
Read more... 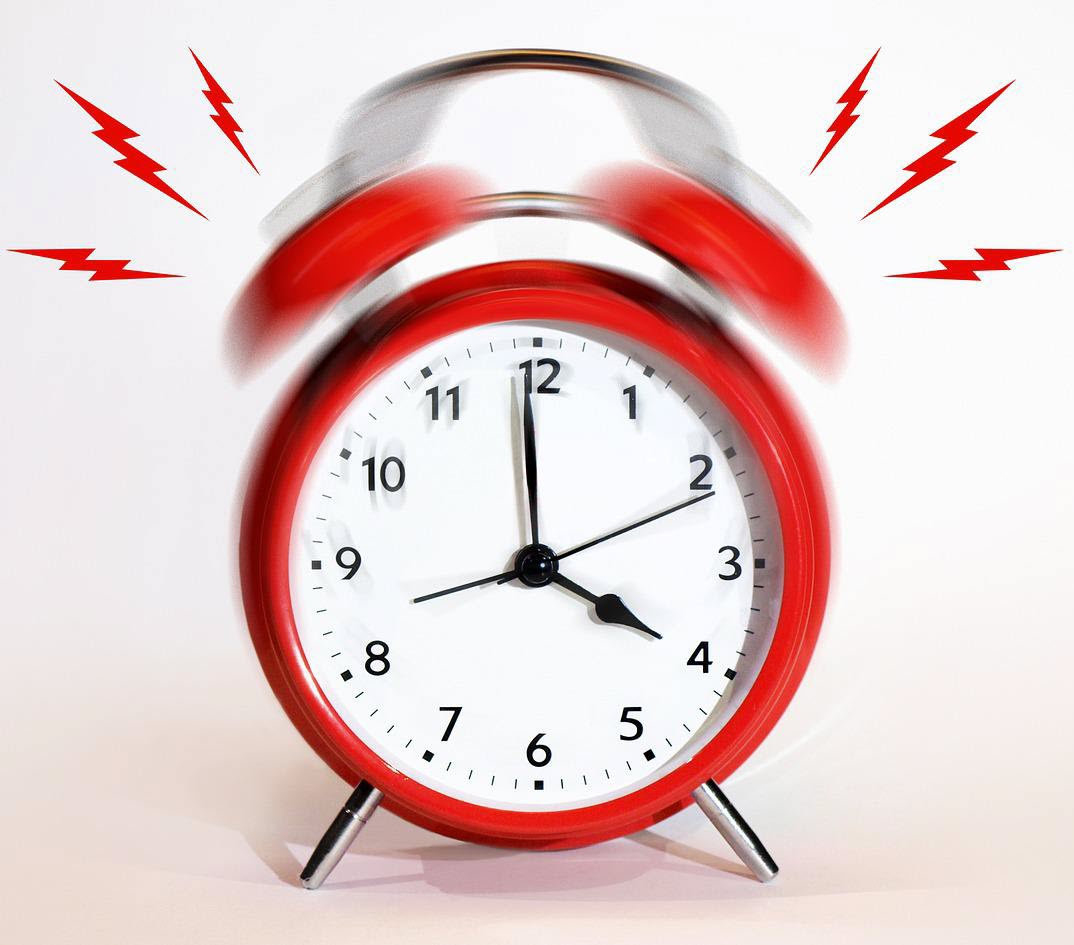 Wake Terminal when it is in “Sleep mode”

tonny2022-10-07T14:02:55+02:00
When the Terminal is going to sleep at night, it is still possible to wake it up instantly. If for some reason you want to use the Terminal after it goes to "Sleep Mode", you can simply touch the screen and it will return to normal. I could be someone who is taking a late round, or perhaps you want to show the Terminal to someone in the evening. After you are done using it, it will return to "Sleep Mode" if it is within the predefined "Sleep Mode" time. Remember that you can always change the "Sleep Mode" time in the Portal. The default "Sleep Mode" period is between 20.00 (8 PM) and 07.00 (7 AM)
By tonnyTerminal0 Comments
Read more...
12Next

This website uses cookies to improve your experience while navigating through the website. Out of these, the cookies that are categorized as necessary are stored in your browser, as they are important for the website to function fundamentally. We also use third-party cookies to help us analyze and understand how you use this site. These cookies are only stored in your browser with your consent. You also have the option to deselect these cookies. However, opting out of some of these cookies may affect your browsing experience.
Necessary Always Enabled
Necessary cookies are absolutely essential for the website to function properly. These cookies ensure basic functionalities and security features of the website, anonymously.
Functional
Functional cookies help to perform certain functionalities like sharing the content of the website on social media platforms, collect feedbacks, and other third-party features.
Performance
Performance cookies are used to understand and analyze the key performance indexes of the website which helps in delivering a better user experience for the visitors.
Analytics
Analytical cookies are used to understand how visitors interact with the website. These cookies help provide information on metrics the number of visitors, bounce rate, traffic source, etc.
Advertisement
Advertisement cookies are used to provide visitors with relevant ads and marketing campaigns. These cookies track visitors across websites and collect information to provide customized ads.
Others
Other uncategorized cookies are those that are being analyzed and have not been classified into a category as yet.
SAVE & ACCEPT
0
0
Your Cart
Your cart is emptyReturn to Shop
Continue Shopping